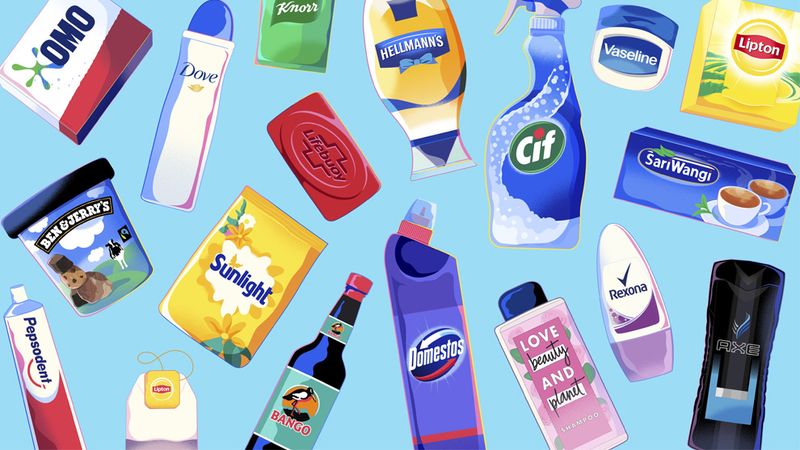 After a comprehensive review over the last 18 months, the Board continues to believe that moving from the current dual-headed legal structure to a single parent company will bring significant benefits by:

Unilever remains committed to its strategy of long-term growth across all three Divisions and last year began a full evaluation of its current categories and brands, with a view to accelerating the pace of portfolio change. This review has underlined how a simpler legal structure would give Unilever greater strategic flexibility to grow shareholder value, providing a catalyst for accelerated portfolio evolution and greater organisational autonomy.

The ongoing strategic review of Unilever’s tea business has further demonstrated that the dual-headed legal structure can create disadvantages for the Group. For example, a demerger of the tea business is one potential outcome of the review and, as was previously the case with the disposal of the company’s Spreads business, this would be significantly more challenging under the current legal structure than under a single parent structure.

It is also clear that the Covid-19 pandemic will create a business environment in which having as much flexibility and responsiveness as possible will be critically important.

The proposed changes do not impact the underlying economic interests of any shareholder and, for the first time, investors will share exactly the same legal, ownership, dividend, governance and capital distribution rights in a single parent company. The Board expects Unilever to retain indexation in both the AEX and the FTSE UK Index Series.

There will also be no changes to the manufacture and supply of Unilever products in The Netherlands and the United Kingdom as a result of unification. Unilever is very proud of its Anglo-Dutch heritage and has significantly strengthened its presence in The Netherlands in recent years. Unilever has engaged with the Dutch government ahead of this announcement and has confirmed that its commitment to the Netherlands will not change as a result of this proposal. For example, the headquarters of Unilever’s Foods & Refreshment Division, which was created in 2018, and is around 40% of Unilever by turnover, will continue to be based in Rotterdam, along with the €85 million Research & Development centre in Wageningen, which opened in 2019. The Dutch government has welcomed our engagement and we have agreed that this will continue.

Agri-foods is an important sector in The Netherlands. With the flexibility that unification provides, the Dutch government has also asked for reassurance that if Unilever should ever choose to list the Foods & Refreshment Division as an independent company, it would be incorporated and listed in The Netherlands. The Netherlands is an attractive headquarter location for business and provided it continues to be as such, Unilever is comfortable to make these commitments given the Division’s already strong Dutch presence.

There will be no significant changes to Unilever’s footprint in the United Kingdom as a result of unification, in either jobs or investment. The Home Care and Beauty & Personal Care Divisions will continue to be headquartered in the United Kingdom, as they are currently.

Nils Andersen, Chairman of Unilever, said: “Unilever’s Board believes that unifying the company’s legal structure will create greater strategic flexibility, remove complexity and further improve governance. We remain committed to The Netherlands and the UK and there will be no change to Unilever’s footprint in either country as a result of the proposed change to Unilever’s legal parent structure. We are confident that unification will help Unilever deliver its vision of driving superior long-term performance through its multiple stakeholder business model.”

Unilever has been owned through two separately listed companies, a Dutch NV and a UK PLC, since its formation in 1930. During this time, Unilever NV and Unilever PLC, together with their group companies, have operated as nearly as practicable as a single economic entity. This is achieved by complex agreements between PLC and NV to maintain parity between economic rights of the respective shareholders. These agreements between PLC and NV will come to an end on implementation of Unification, resulting in the need to put other arrangements in place in various areas including intellectual property across all three divisions.

Over the last two decades the dual parent holding company structure has been reviewed periodically by the Board and a series of steps have been taken to reduce complexity, most recently in October 2017 when the Unilever NV preference shares were successfully repurchased, and in June 2019 when Unilever NV terminated its depositary receipt structure.

In October 2018, the Board withdrew a proposal to unify its corporate structure under a new Dutch holding company; although the Group received widespread support for the principle of unification, the Board concluded that certain aspects of the proposed arrangements required reconsideration.

After reviewing a range of options and listening to shareholders, the objective of the Board is to unify the Group’s corporate structure under a single parent company, Unilever PLC. Unification will be implemented through a cross-border merger by means of which Unilever NV will be merged into Unilever PLC, with Unilever PLC as the resultant entity.

Unilever NV shareholders will receive one new Unilever PLC share in exchange for each Unilever NV share held. Unilever PLC will continue to be incorporated in the UK and will remain UK tax resident. This will result in a single parent company, having one class of shares, one market capitalisation, and a single global pool of liquidity.

The following will not change as a result of the unification:

Unilever expects the maintenance of its strong credit rating to be unaffected. All debt which benefits from a guarantee from the current PLC and NV holding companies, or other group companies, will continue to benefit from an equivalent covenant. New debt will be treated in the same way.

The proposed unification will be subject to certain conditions, including the approvals of shareholders in Unilever NV and Unilever PLC, consultations with employee representative bodies, and applicable regulatory consents.

Further information will be provided in the shareholder documentation which will be circulated in the months leading up to the shareholders’ meetings to be convened to approve the legal structure change. Documentation is expected to be sent to shareholders in Q3 2020 with implementation anticipated towards the end of the year.

The exchange of shares in Unilever NV for Unilever PLC shares is not expected to be a taxable event for shareholders resident in The Netherlands, UK or US. No dividend withholding tax will be required to be deducted from dividends paid by Unilever PLC.

Unilever will continue to report its earnings and declare dividends in euros, as has been the practice for many years. There will be no change to our policy of seeking to pay an attractive, growing and sustainable dividend. Payments and record dates will continue on the current quarterly schedule.

Unilever is one of the world’s leading suppliers of Beauty & Personal Care, Home Care, and Foods & Refreshment products with sales in over 190 countries and reaching 2.5 billion consumers a day. It has 155,000 employees and generated sales of €52 billion in 2019. Over half of the company’s footprint is in developing and emerging markets. Unilever has around 400 brands found in homes all over the world, including Dove, Knorr, Dirt Is Good, Rexona, Hellmann’s, Lipton, Wall’s, Lux, Magnum, Axe, Sunsilk and Surf.

Because these forward-looking statements involve risks and uncertainties, there are important factors that could cause actual results to differ materially from those expressed or implied by these forward-looking statements. Among other risks and uncertainties, the material or principal factors which could cause actual results to differ materially are: Unilever’s global brands not meeting consumer preferences; Unilever’s ability to innovate and remain competitive; Unilever’s investment choices in its portfolio management; the effect of climate change on Unilever’s business; Unilever's ability to find sustainable solutions to its plastic packaging; significant changes or deterioration in customer relationships; the recruitment and retention of talented employees; disruptions in our supply chain and distribution; increases or volatility in the cost of raw materials and commodities; the production of safe and high quality products; secure and reliable IT infrastructure; execution of acquisitions, divestitures and business transformation projects; economic, social and political risks and natural disasters; financial risks; failure to meet high and ethical standards; and managing regulatory, tax and legal matters. A number of these risks have increased as a result of the current COVID-19 pandemic. These forward-looking statements speak only as of the date of this document. Except as required by any applicable law or regulation, the Group expressly disclaims any obligation or undertaking to release publicly any updates or revisions to any forward-looking statements contained herein to reflect any change in the Group’s expectations with regard thereto or any change in events, conditions or circumstances on which any such statement is based. Further details of potential risks and uncertainties affecting the Group are described in the Group’s filings with the London Stock Exchange, Euronext Amsterdam and the US Securities and Exchange Commission (the “SEC”), including in the Annual Report on Form 20-F 2019 and the Unilever Annual Report and Accounts 2019.

This communication contains inside information. This is a public announcement pursuant to Article 17 paragraph 1 of the European Market Abuse Regulation (596/2014).

This communication is for informational purposes only and does not constitute or form part of an offer to sell or the solicitation of an offer to buy or subscribe to any securities, nor shall there be any sale of securities in any jurisdiction in which such offer, solicitation or sale would be unlawful prior to registration or qualification under the securities laws of any such jurisdiction. This communication is not an offer of securities for sale into the United States. No offering of securities shall be made in the United States except pursuant to registration under the US Securities Act of 1933 (the “Securities Act”), or an exemption therefrom. In connection with Unification, Unilever PLC expects to issue ordinary shares (including ordinary shares represented by American Depositary Shares) to security holders of Unilever N.V. in reliance upon the exemption from the registration requirements of the Securities Act provided by Section 3(a)(10) thereof. Unification has not been and will not be approved or disapproved by the SEC, nor has the SEC or any US state securities commission passed upon the merits or fairness of Unification. Any representation to the contrary is a criminal offence in the United States.

This communication does not constitute or form part of any offer or invitation to sell, or any solicitation of any offer to purchase. It is not an advertisement and not a prospectus for the purposes of Regulation (EU) No. 2017/1129, as amended. Any purchase of securities of PLC should only be made on the basis of information that will be contained in the prospectus to be issued in due course in connection with the proposed admission of (i) new PLC ordinary shares to listing on the premium listing segment of the Official List of the UK Financial Conduct Authority and to trading on the Main Market of the London Stock Exchange and (ii) the PLC ordinary shares, including the new PLC ordinary shares, to listing and trading on Euronext in Amsterdam, a regulated market operated by Euronext Amsterdam N.V. (the “UK Prospectus”), and to be approved by the UK Financial Conduct Authority and passported to the Netherlands, and any supplement or amendment thereto. The UK Prospectus will contain detailed information about Unilever and its management, as well as financial statements and other financial data. The UK Prospectus, when published, will be available at http://www.unilever.com at no cost. It may be unlawful to distribute these materials in certain jurisdictions.